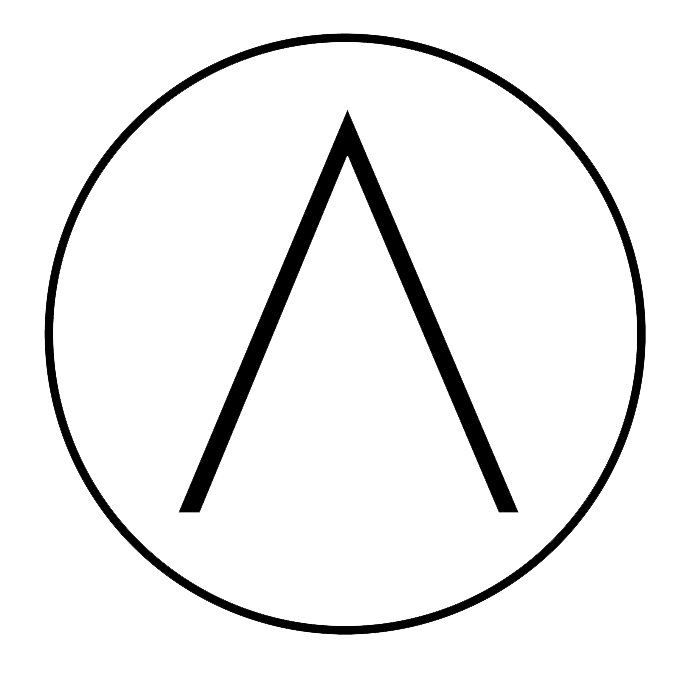 [Contemplating musicality in the works of Luis Palmero].

Sometimes, one small detail can be everything, a subtlety that causes the mind to wander, or a quiet murmur that draws us into a dreamlike state. The photographs of the pieces exhibited by Luis Palmero at the Galería Artizar have sparked an obsession with tabula rasa within me. I am not referring here to Locke’s philosophical thesis, according to which the knowledge and skills manifested by each human being are the fruit of learning, since each individual is born with an “empty” mind. I am seduced (if you will forgive my theoretical heterodoxy) less by this “clean slate” that awaits experiential inscriptions and “paintings”[1] than by the understanding of the psyche as a wunderblock. However, it is not the evocation of the mnemic “palimpsest” dominating my imaginary that ties in (in a strictly synesthetic analogy) with Palermo’s recent works, but instead the need to listen to the piece composed by Arvo Pärt in 1977, that sublime concerto for two violins, prepared piano and chamber orchestra. On a stormy morning in August, I carefully contemplated (as one should) the works of Palmero while listening to the second movement of Tabula Rasa, entitled “Silentium”; an ode to restraint that expands, seemingly crystallising the music into such extreme beauty almost to the point of disappearance. The “tintinnabuli” and the melodic voices led me to penetrate, pardon the paradox, the interplay of monochromatic yet subtly different surfaces of the pieces-compositions I saw on paper. The “holy minimalism” of the Estonian composer is interwoven into my imagination-and-writing with the minimalisation of Luis Palmero, who has for years now moved within a poetic landscape in which he can introduce figurative allusions from an unorthodox conception of abstraction. 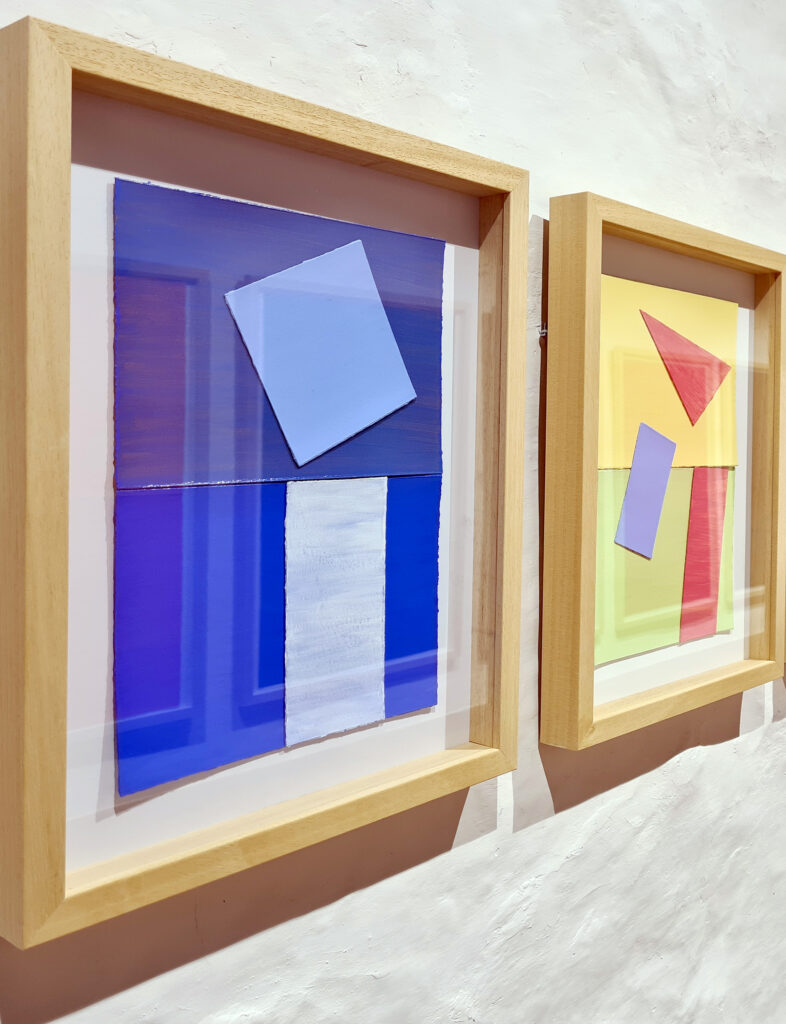 In a note from his pamphlet Escalas, Luis Palmero sets out a joyful vision: “Layout of sunny houses, the hint of vivacity the sun bestows upon their walls; in others, neither doors nor windows. Flat planes of light joyfully seeping in”[2]. Here, the memory of Oramas’ landscapes beats just as strongly as those houses in the land of Malevich’s Suprematist compositions, the radical artist who also appealed to the notion of “tabula rasa”, a desert that could be “the city of the future.” Beyond the combination of revolutionary exaltation and bitterness over the failure or eclipse of  ideals deposited in Black Square, Palmero seeks a habitable space, generating pictorial rooms that offer us “aesthetic hospitality.” This artist plays with scale, achieving tremendous intensity within the smallest frame whilst inducing stillness in one of his three-dimensional installations. The tonal-chromatic scale and the symbolic staircase he claims upon completing is paintings[3] offer us a horizon that the artist does not hesitate to qualify using something as anomalous or infrequent as happiness. One might even postulate that we find an aesthetic beyond nihilism, which recovers the vital impulse of utopia.

The title of the exhibition held at Galería Artizar, Viento-madera (woodwind), is an explicit musical allusion. Palmero has noted, on several occasions, his passion for music[4]; in the catalogue for the collective exhibition Contítulo (Titled) (Centro de Arte Juan Ismael, Fuerteventura, 2005), he compared two pieces from his Verticales series (1995) with the following quotation from Arnold Schoenberg: “Everything must create the effect (not of a dream) of a chord. Like music. It should never appear as a symbol or as a sense, as an idea, but simply as a game with the appearance of colours and shapes”[5]. The imposing paper polyptychs he has recently created seem to find their baroque “counterpoint” in the small-scale pieces in which he allegorises the vernacular architecture of the Canary Islands: doors and windows introduce the allusion to poetics of space, in the fertile furrows of Bachelard’s writing, gifting us with “intimate immensity”. 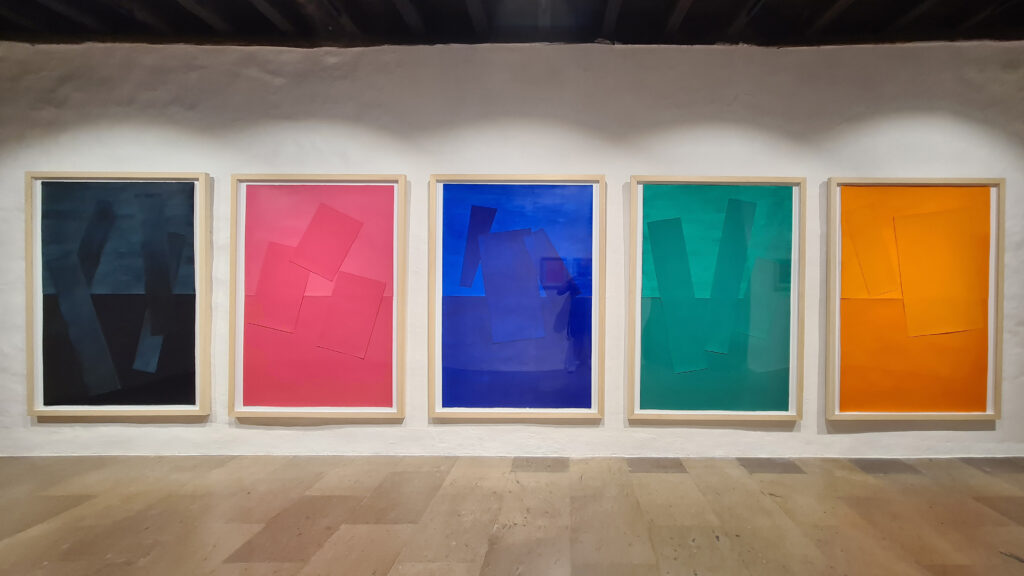 Palmero’s current compositions steer clear of “flatness” (normative in modern painting as theorised by Clement Greenberg) to manifest the pleasure of layers, the dense qualities of the different surfaces. In his polyptychs, there is a sort of differentiation of the same, whereas in his pieces that allegorise homes, there is a kind of playful “braiding”. Nothing is left to chance, and yet “mechanical perfection” has not been sought. There is something of the search for that “right colour” that also obsessed Imi Knoebel, in a game of fascinating harmonies/dissonance and subtle foldings. Luis Palmero’s pictorial-musical tabula rasa has elements of retombée, that is, of singular discontinuity within the apparently continuous[6]. Pärt’s composition, sometimes described as “angel music,” ends with the omission of the D minor: silence ends up offering us space. The essential works of Luis Palmero offer us a “hint of vivacity”; they invite us to throw open doors and windows to enjoy an unprecedented aesthetic experience  or, better still, a poetic sonority.

[1] “Let us then suppose”, states Locke in his Essay Concerning Human Understanding, “the Mind to be, as we say, white Paper, void of all Characters, without any Ideas.  How comes it to be furnished? Whence comes it by that vast store, which the busy and boundless Fancy of Man has painted on it, with an almost endless variety? Whence has it all the materials of Reason and Knowledge? To this I answer in one word, from Experience”.

[3] “When I finish a painting or drawing, I always see a staircase behind it” (Luis Palmero: Escritos completos, Galería Bores & Mallo, Cáceres, 2002, p. 36). The exhibition staged by Palermo in 1997 at the Galería Manuel Ojeda and Galería Rafael Ortiz in Seville was entitled Escalas (Scales). Rectangular elements appear in the works exhibited, positioned vertically, giving the impression that they are allusions to a street offering a glimpse of the blue sky at the end, the horizon of the sea.

[4] “All great music has been constructed with invisible material. That’s why it has served both painting and art. All my paintings seek to be different sounds within a supposed score, even my own everyday life is usually governed naturally by mathematics and music. I almost always paint with music in the background and, logically, I tend to use the names of the pieces I am listening to at any given time as titles for my works” (Luis Palmero in conversation with Orlando Franco in Luis Palmero. Test of Time, Centro de Arte La Recova, Santa Cruz de Tenerife, 2005, p. 36).

[6] “Retombée is also a similarity or likeness within the discontinuous: two distant objects, without communication or interference, can be shown to be analogous; one can function as a double – also taken in the theatrical sense of the term – of the other: There is no hierarchy of values between model and copy” (Severo Sarduy: “Nueva estabilidad” in Ensayos generales sobre el Barroco, Ed. Fondo de Cultura Económica, Mexico, 1987, p. 35).

Luis Palmero talks to us

The artist tells us about his beginnings in the art world, reviews the exhibition Viento madera and talks about his relationship with art galleries.

View this exhibition in